Why Officers’ Judgments About Slurred Speech Might Not Be So Reliable 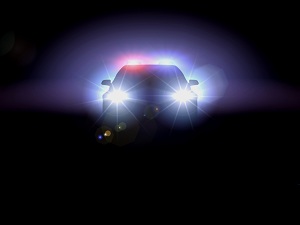 Being accused of DUI because the officer says your speech is slurred may seem like an open-and-shut case, but a DUI lawyer in Sacramento can help you understand how officers’ judgments about an individual’s speech may not be as reliable as it is usually thought.

In one study conducted regarding how speech is affected by alcohol intoxication, three groups of subjects (light, mild, and frequent drinkers) were asked to speak several times at differing levels of blood alcohol concentration (BAC), and while sober. As expected, the subjects displayed noticeable changes in speech patterns as their BAC increased. However, the study also showed that 20% of the subjects exhibited no or negative changes, meaning that the assumed trend does not hold for all persons equally.

The study also looked at the effect of simulated sober or intoxicated speech to determine if listeners could discern when a person was speaking while intoxicated. Actors were asked to speak several sentences at simulated alcohol levels and under actual alcohol intoxication, as well as attempting to sound sober. Listeners were asked to rate the actors on their level of intoxication, and they judged the actors as being more intoxicated when sober and simulating drunkenness, than when the actors were actually drunk. A similar study showed people judging the actors as being less inebriated than they really were 61% of the time.

Other studies in this area have been performed. In one Indiana study, men were recorded uttering sentences while sober and while intoxicated. Listeners (who included undergraduate students and Indiana State Troopers) were asked to judge which sentences were said under the influence and which were said while sober. The study indicated that there were noticeable changes in articulation between sober and intoxicated participants.

However, this subject is controversial and not settled. Various studies have been done and attempts made to statistically analyze whether certain speech parameters are affected, but no clear conclusions have been reached, and authors are quick to warn of the dangers of making inferences on the basis of phonetic assumptions about how a drunk person would sound.

If you have further questions about whether slurred speech is a sign of intoxication, contact DUI lawyer in Sacramento Param Pabla.