Home
Helpful Resources
When Your Initial Appearance is Delayed

When Your Initial Appearance is Delayed 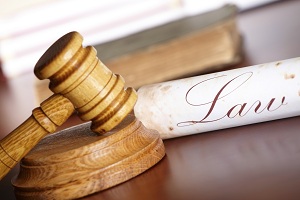 What happens if you get arrested, but the authorities don’t provide you with a prompt initial appearance in court? Your rights may have been violated, and a Sacramento criminal defense lawyer can help you set things right.

The “Probable Cause” Requirement

Arrests always require that the police have “probable cause.” If an arrest warrant was issued, probable cause was determined then, but if there was no warrant you’re entitled to a prompt determination of probable cause at your arraignment, or initial appearance—usually within a day or two of the arrest unless the authorities have a good reason for the delay.

If you aren’t guilty of the crime for which you were arrested, the harm from the delay is obvious. Less obvious ways that delay can harm you include: delaying your release on bail, giving the police and prosecutors additional time to interview and investigate, and, unless you request representation by a Sacramento criminal defense lawyer, giving the police additional time to work on extracting incriminating evidence from you.

How a Sacramento Criminal Defense Lawyer Can Help

Unjustified delays in your initial appearance can be used on your behalf in a number of ways by a Sacramento criminal defense lawyer:

Efforts to speed up initial appearance; your Sacramento criminal defense lawyer can contact the various levels of the chain of command, from the arresting officer to a judge pointing out the injustice and/or threatening to file a lawsuit for violation of your civil right

The sooner an unjustified delay is addressed, the better. Talk to a Sacramento criminal defense lawyer at the Law Office of Param Pabla; call (916) 285-7900.