Home
Articles
Was the DUI Roadblock Constitutional in Its Operation?

Was the DUI Roadblock Constitutional in Its Operation?

Your Sacramento DUI attorney is well aware that police officers commonly use DUI roadblocks and sobriety checkpoints to identify an individual driving under the influence. Indications of drug or alcohol impairment will be observed and evaluated by law enforcement officers at these DUI checkpoints.

The Two-Step Approach to Attacking a Roadblock 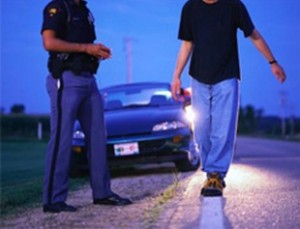 If an individual’s arrest is a result of a checkpoint evaluation, your Sacramento DUI attorney will use a two-step technique raise questions about the roadblock. The first step will be to determine whether the roadblock was the only reason the DUI stop was made. The second step involves determining whether the constitutionality of the roadblock is valid.

In regards to the first step, your Sacramento DUI attorney will want to secure the police officer’s concession that another basis in support of the drunk driving detention does not exist. This will leave the prosecution with only the roadblock as the sole justification for the detention. Therefore, even when the defendant ended up being detained due to the roadblock, your attorney will question whether the arresting officer claims that a traffic or equipment violation was observed at some time before the roadblock stop. Then, your attorney will attempt to determine if the DUI roadblock is constitutional.

If you have been charged with a DUI and would like to go over your case with a competent and knowledgeable Sacramento DUI attorney, please call Param Pabla at (916) 285-7900 for an initial consultation.