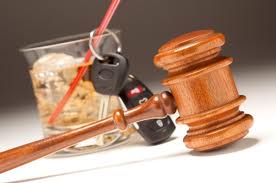 Your Sacramento DUI attorney can explain to you the various justifications a police officer may give for pulling you over, and whether they will stand up in court. In some cases, it is lawful for a driver to be stopped because of an equipment violation.

California has a vehicle code regulation requiring license plates to be plainly visible. Therefore, in one case where the vehicle’s license plate was partially hidden, the court upheld the detention. Another case involved a car that was stopped because its windows were tinted. Although the tinted windows were illegal, the officer did not correctly understand the law concerning tinted windows. Nevertheless, because the Ninth Circuit believed the officer had an objective basis on which to form his opinion that a vehicle violation had occurred, the stop was found to be valid.

However, your Sacramento DUI attorney knows that in other cases, vehicle stops can be found invalid when the arresting officer makes a mistake in good faith. For example, in Michigan an officer made a stop based on a good faith mistake as to how many license plates were issued by the state. The Sixth Circuit found the stop to be unlawful. The court justified its finding by noting that it differed from the tinted window case in that the tinted windows were, in fact, illegal; the officer simply did not understand every aspect of the law concerning window tinting.

If you have been charged with a DUI and would like to talk with a competent and knowledgeable Sacramento DUI attorney, call attorney Param Pabla at (916) 285-7900 today.