Home
Criminal Defense
Types of Pleas in a Criminal Case

Types of Pleas in a Criminal Case 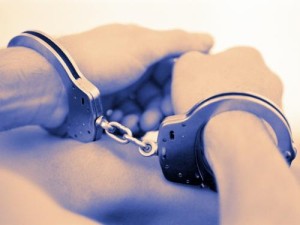 If you recently received a charge of driving under the influence, your Sacramento DUI attorney will help you decide the best course to take for your case. The plea you enter could have repercussions down the road, should you decide to apply for a certain job or degree program. You should consider all options when deciding whether to plead guilty, not guilty, or no contest, as each imposes its own set of implications on your case. Under California Penal Code section 1016, there are six types of pleas available for those accused of crimes in California.

Guilty and Not Guilty

A plea of guilty is straightforward—you are admitting to the charges against you and are choosing to forego your right to a trial on the facts. Your Sacramento DUI attorney may recommend a guilty plea if the prosecutor is offering some type of reduced charge or leniency in sentencing.

A no contest plea, also known as nole contendere, yields the same net result as a guilty plea and subjects the defendant to the same sentencing procedure as a guilty plea. The difference lies in the fact that the defendant is not admitting to the crimes and is choosing not to contest the state’s evidence. If your DUI is a misdemeanor, California law prohibits the introduction of the no contest plea in any subsequent civil trial in which you are named as a defendant.

There are three other pleas available under California law. The first is “[a] former judgment of conviction or acquittal of the offense charged,” which is essentially a double jeopardy plea alerting the court to the fact that you have already been convicted or acquitted of the exact same offense. Similar to this is the plea “once in jeopardy.” California law also offers defendants the opportunity to plead not guilty by reason of insanity.

If you are interested in speaking to a Sacramento DUI about your criminal charges, contact ParamPabla today at (916) 285-7900.