Home
Articles
The Officer Says You Smelled of Alcohol. Sacramento DUI Attorney Explains Why That Testimony is Insignificant

The Officer Says You Smelled of Alcohol. Sacramento DUI Attorney Explains Why That Testimony is Insignificant

Alcohol Has No Odor 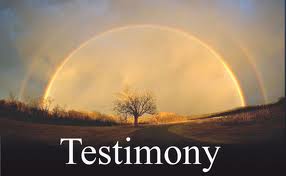 The smell associated with an alcoholic beverage is actually not alcohol at all, but flavoring added to give the beverage its characteristic taste. In fact, some beverages with the lowest concentration of alcohol actually have the strongest smell. Beer has a stronger smell than scotch, for example. And vodka is nearly odorless. Similarly, “near beer” smells just as strong as beer, yet it contains virtually no alcohol.

Experienced officers are aware of this fact. Typically they will testify that they noticed the odor of an “alcoholic beverage,” rather than the “odor of alcohol.” A knowledgeable Sacramento DUI attorney will get the officer to acknowledge the distinction and to admit that what he or she smelled was nothing more than flavoring.

There is no scientific evidence that the amount a person has had to drink can be determined from how strongly the person smells of alcohol. A person who has had a single beer may smell more strongly of alcohol than a person who has had several shots of vodka. Under cross-examination by a Sacramento DUI attorney, most officers will concede this point.

If you are facing DUI charges and would like to consult with experienced Sacramento DUI attorney Param Pabla, call us at (916) 285-7900.