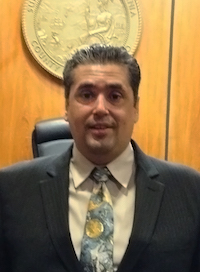 Param S. Pabla has been practicing criminal law for 16 years. He graduated from law school and passed the bar in 2004, and started his own practice in January 2005.

Growing up, Mr. Pabla enjoyed watching a number of television shows that focused on crime and courtroom drama. As he grew older, he was able to witness how the actual justice system worked through the experiences of family members and friends.

Even before he began law school, Pabla knew he wanted to try to help people. While in law school, he was able to intern at the public defender’s office. This allowed him his first look at the defense side of criminal law.

As he handled more and more cases, patterns began to develop. He realized that some people were not as knowledgeable as others, and lacked understanding of the legal system. He realized that these are the people that he wanted to help, the ones who are facing prosecution from the government.

Pabla became a lawyer to help people. He feels that many who are facing criminal charges are the ones who need the most help. In their most critical time they need the help of an experienced criminal defense attorney because their liberty is at stake, and sometimes — in a worst case scenario — their life.

The Rewards of Being a Criminal Defense Lawyer

Mr. Pabla is proud to be able to help people navigate through the criminal justice system and ultimately get a resolution that makes them happy. He gets to know every client, and celebrates with them when they reach a suitable outcome.

The best scenario is when charges are dismissed, and that is always the ultimate goal. Of course, this does not always happen. In the end, though, he is able to make sure his clients understand what happened and why it happened, and know that all of their constitutional rights were protected and they were provided a vigorous defense.

It is rewarding knowing at the end of the day he and other defense attorneys provide some kind of a check on the entire system. There is the DA and a judge who are part of the government. Then, you have the one person who is being prosecuted, and the only person who can be their voice and advocate for them in the courtroom is their attorney.

Attorney Pabla always holds the government to their task of proving his client’s guilt beyond a reasonable doubt. He puts up an aggressive defense, and makes sure he has covered every possible base for the client. In the end, getting a “thank you” from his clients offers the biggest personal reward.