Did the Officer Observe the Traffic Violation? 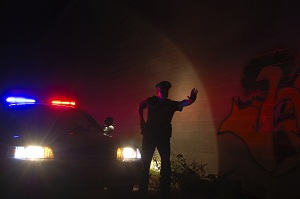 In order to pull over a driver, a police officer needs to have reasonable suspicion of a driving transgression. The reasonable suspicion that a police officer gets from observing unlawful motorist conduct can vary wildly from case to case. This disparity occurs for many reasons: it is reasonable to expect that different people would have different opinions as to what reasonable suspicion is. In addition, the facts related to every case are unique, and states vary in terms of their statutes that determine what constitutes a traffic violation. Your Indian DUI lawyer in Sacramento will be able to explain what applies in California as well as in your particular case.

In determining the lawfulness of a traffic stop, the first question to explore is whether or not the police officer in question directly and personally observed a violation of traffic law. Even thought there are many situations where a police officer is justified in stopping a motorist without having observed a violation of traffic law, the majority of drunk driving pull-overs are initiated because the officer claimed to have observed a traffic violation.

According to the United States Supreme Court, it is not reasonable to pull over a driver just to check license and registration. In the case of Delaware vs. Prouse, the Court determined a standard for stopping a car that defines what is reasonable. The most important phrase in its ruling is whether or not the police officer had “articulable and reasonable suspicion” of a violation of the law. Probable cause is not the standard in determining the legality of DUI stops because it applies to arrests, not detentions. Even with the Court’s ruling, however, the standard of articulable and reasonable for suspicion is quite a vague guidepost by which to evaluate the lawfulness of a motor vehicle stop.

Both your Sacramento DUI attorney and the officer who had stopped you have the same problem in terms of figuring out what “reasonable suspicion” is exactly. The difference between your Sacramento drunk driving lawyer’s assessment and that of the police officer is that the officer had to decide quickly while your Indian DUI lawyer in Sacramento has far more time to analyze all of the facts of your case. Even if the officer acted in good faith, a misapplication of facts and/or the law does not justify an unlawful stop. To find out what you can use to fight the serious charge of a DUI, contact Indian DUI lawyer in Sacramento Param Pabla.