Home
Articles
Jury Selection: How It Can Work in Your Favor

Jury Selection: How It Can Work in Your Favor 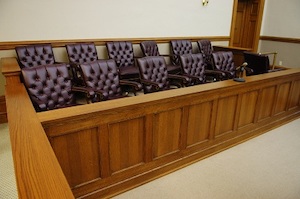 Jury selection is one of the most important aspects of your DUI defense trial. Though you will not have any direct participation, it is important to understand how your Sacramento DUI attorney will think about the voir dire process.

Here is an example of how an experienced Sacramento DUI attorney might question a potential juror. Consider a DUI defendant who refused to perform field sobriety tests and was subsequently arrested and charged with DUI. The jurisdiction will allow the refusal to perform tests into evidence, or your Sacramento DUI lawyer has been unable to have them excluded. An obvious question to ask might be, “Would any of you think it a negative that my client refused to perform the field sobriety tests?” But of course, all the jurors will answer “no” to this, not wanting to appear biased.

This is not the best way to weed out biased jurors. Instead, your Sacramento DUI attorney might ask “Now, my client has been charged with driving under the influence . I want to ask you some questions.” And then your attorney might turn to a particular juror and ask “Mr. Smith, what do you think are some circumstances under which it would be reasonable for someone to decline to perform coordination tests?”

With this, your Sacramento DUI lawyer has put the onus on the juror to think of reasons why someone might refuse to perform the tests, leading them to begin thinking that there might be valid reasons.

If You Have Been Arrested for DUI