How Your Attorney Will Win Over the Jury with Reciprocation 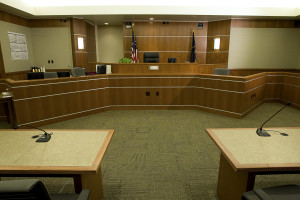 Many criminal defendants do not understand that winning an acquittal is not just a matter of showing the right evidence or making the best argument. It is often a matter of psychology. It is the job of your DUI attorney in Sacramento to win over and persuade the jury. Evidence can only go so far; the psychology of influence also plays a critical part, and an attorney who understands this will have a much better chance at winning.

The Principle of Reciprocation

An experienced DUI attorney in Sacramento will be able to use the psychological principle of “reciprocation” to influence and win people over. A simplified way of stating this principle is that if one gives, one should also receive. If your DUI lawyer in Sacramento is the first person in a transaction to give information or service, the person on the other side may feel compelled to reciprocate.

In a criminal trial it might be helpful to ask, “What service, information, or concession can your DUI attorney in Sacramento give to the jury that will make them feel like they owe something back?”

There are many things that your DUI lawyer in Sacramento can give to the jury. Jurors get bored easily, so your attorney might promise to keep things short and sweet, and insist that he does not want to take up any more of their time than necessary. Jurors can get overwhelmed with technical information and evidence, so an experienced DUI lawyer in Sacramento will try to keep things simple for them.

It is important to make clear who is giving these “gifts” to the jury. If, during jury selection, a potential juror says she cannot afford to miss two days of work because of an urgent work-related matter, your DUI attorney Sacramento might say, “You honor, the defense would like to let this juror attend to her business, and we ask that the court excuse her.” Though she might not sit on the jury, the other jurors will notice.

Similarly, an experienced DUI attorney in Sacramento will try to find ways to shorten the duration of the trial, such as by accepting stipulations brought up by the prosecution. A clever lawyer will respond “The defense agrees to stipulate this matter, so as to avoid wasting the jury’s time.”

An Experienced Attorney Who Will Fight for You

Contact a DUI attorney in Sacramento to get the best legal representation for your DUI case. Call Param Pabla at (916) 285-7900.