How to Challenge the Voluntariness of a Confession

An experienced Sacramento DUI attorney should know how to challenge or suppress any confession made under unlawful circumstances.

Was the Confession Voluntary? 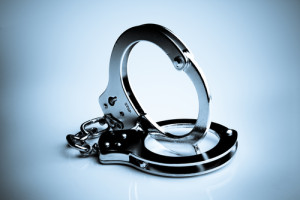 For the jury to hear the confession, a trial judge must determine whether your confession was made voluntarily.  A court hearing will decide if the confession is admissible at trial; however, prior to the hearing, your Sacramento DUI attorney must first make a motion pointing to facts that reveal the confession to be involuntary.

What actions your attorney must take will vary on the nature of claim. To suppress a confession based on a Miranda violation, only a motion or affidavit—stating that the defendant was arrested, that he was asked questions by the police, and that they did not provide the warnings—is necessary. Meanwhile, winning a true involuntariness claim requires the motion to specify the incidents that were tantamount to coercion.

Some courts will only accept allegations that come from an affidavit by a person with firsthand knowledge of the incident. This person is typically the defendant.

The hearing that will rule on the admissibility of the confession is best served by taking place before the trial, due to the following reasons:

Moreover, the hearing should be conducted without the jury, who should not hear the confession at that point. If jurors were to hear the confession, the harm inflicted would be irreversible, even if the judge may instruct them to disregard it.

Your Sacramento DUI attorney would rather win an involuntary confession claim than win a Miranda violation, since a prosecution cannot use coerced confession against you at trial, such as during cross-examination.

Even if you do not prevail in the involuntariness challenge, you can provide testimony regarding the circumstances in which the police coerced your confession to convince the jury that the confession should not be admitted. For example, an expert may testify that you tend to needlessly obey authority and heed even unproductive suggestions. He may also elaborate on the phenomenon of false confessions.

If you have been charged with a DUI and would like to consult a competent Sacramento DUI attorney, call Param Pabla at (916) 285-7900.