Home
Articles
How to Attack a Coerced Confession

How to Attack a Coerced Confession 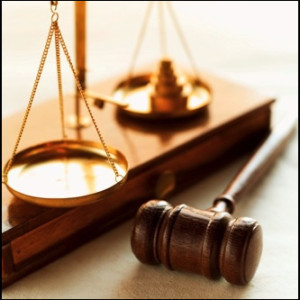 Threats and Appeals to Friendship

One method your criminal defense attorney in Sacramento has probably seen is a threat or appeal to friendship. Threatening to have a suspect’s government benefits cut off or a family member deported has led to a confession being invalidated by the courts. It may sound bizarre, but in cases where the arrestee and police officer are friends, appealing to the friendship to obtain a confession has also led to a confession being invalidated.

The primary component of having a confession ruled involuntary, which your criminal defense lawyer in Sacramento will look for, is that there was some action by the state that caused you to confess. If a suspect makes a confession with no prompting or apparent cause (even if mentally ill), that will usually be deemed voluntary. You need more to rule a confession involuntary than the defendant’s medical state.

However, the standard for when a tactic is mentally coercive can vary from suspect to suspect, as your criminal defense attorney in Sacramento will tell you. In cases where a suspect was sedated or under the influence of alcohol, the standard for what would get such a person to do something involuntarily is much lower than a person who has his full mental faculties. This means that some courts have thrown out confessions where the police used mild tactics on weakened defendants.

Police Can Lie to Obtain Information

One important thing to keep in mind, as any criminal defense lawyer in Sacramento has seen, is that the police are allowed to lie. They can lie about what kind of evidence they have against you, and they can lie about what they say they will tell the prosecution about your cooperation. None of these will invalidate a confession.

Fortunately for you, the burden is on the prosecution to prove that a confession was made voluntarily, so your criminal defense attorney in Sacramento may be able to poke holes in their account of the confession.

By law, courts are usually not allowed to determine the admissibility of a confession by asking whether it is true or false. However, under common law, a confession may be inadmissible if made in such a way that it is likely unreliable. Talk to your criminal defense lawyer in Sacramento about whether this applies to your case.

Don’t let a coerced confession ruin your ability to defend yourself. Call a criminal defense lawyer in Sacramento, Param Pabla, at (916) 285-7900 for effective criminal defense.