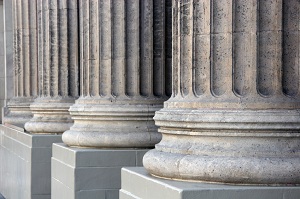 Even if the prosecution has blood analysis results to use as evidence against you, your DUI case has not yet been decided. An experienced DUI lawyer in Sacramento knows the flaws behind even “objective” pieces of evidence like this and can use those flaws to your advantage.

Your attorney will typically deal with such evidence by making sure that the jury knows that blood sample analysis is largely automated. Influenced by television shows such as “CSI,” jurors tend to have a romanticized view of what happened in a forensics lab, in which scientists carefully scrutinize blood samples under microscopes. A good DUI defense attorney anticipates this and works quickly to reveal to jurors what actually happens in the lab.

Your attorney should press the analyst if he gives any answers that are not specific: “There were only a few other samples,” or “I check most of the samples.” Witnesses often give these answers when they do not want to give the actual number.

A successful cross examination in this manner ends with the DUI defense attorney asking the analyst exactly what he does during the analysis. He should ask the analyst if he ever left the room and why he was able to leave the room. The analyst will eventually be forced to admit that the process is automated and that he doesn’t even really need to be in the room as the tests run.