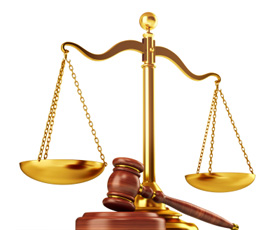 If you were arrested, you will need a Sacramento DUI attorney to secure your release by helping you post bail.

Bail Will Release You Based on Conditions

After you are arrested, the court must set bail either at your initial appearance or not long thereafter. “Bail” is defined as the defendant’s release based on certain conditions, which may require the defendant to post collateral and accept court-mandated restrictions on his or her personal freedom.

In some jurisdictions, the arresting officer can establish minimal bail and release you from the stationhouse if you were arrested for a minor crime. But this “stationhouse” bail is not a right. For the vast majority of the cases, the authority to set bail lies with the court, not the stationhouse.

Depending on the situation, your Sacramento DUI attorney may inquire if a licensed bonding company can post cash bail for you in exchange for a fee. If they do, the bonding company becomes the suretor on the bail bond. The bonding companies are generally knowledgeable about the system, and will obtain your release promptly once they receive payment.

However, your Sacramento DUI attorney will warn you about risks involved with using bail bond agencies. If you simply deposited your own money with the court to meet a 10 percent or straight cash bail, it will be returned to you on completion of the case. But the bonding agency will post that money from its own funds, and they will not refund the fee you paid the agency (which can be very high).

If you skipped out on your bond, the agency will hire a bounty hunter who will attempt to “arrest” you. It is legal under common law for a suretor to arrest the runaway defendant without process and bring the defendant back to the jurisdiction without any court hearing or protection—an act which amounts to legal gunpoint kidnapping and detention. Bounty hunters may pose a threat to your life because they do not require the training and accountability expected of law enforcement officials. Bounty hunters have in fact injured or even killed the defendants they were pursuing.

Defendants for a criminal or DUI case can trust Sacramento DUI attorney Param Pabla to gather all important facts regarding their case to develop a winning argument. For an initial consultation, please call his law offices today at (916) 285-7900.