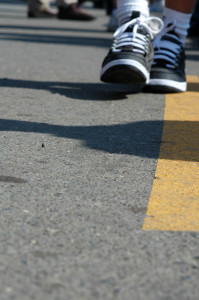 Almost any test can be flawed. DUI standardized field sobriety tests are no different. A Sacramento DUI lawyer can tell you there is no doubt that alcohol at high levels causes mental and physical changes that impact a person’s drive safely. But, the question is, how can a test, which doesn’t check a person’s blood or urine, provide enough reliable information to a professional to determine a person’s level of sobriety. A Sacramento DUI attorney can tell you that some find field sobriety tests controversial because of this.

A Sacramento DUI attorney can tell you that tests that don’t examine a person’s blood or urine have issues because many of them can’t be relied on. Some issues include a lack of scientific data supporting the test’s reliability and knowing what the person is like sober versus when he or she is drunk.

A Sacramento DUI lawyer can tell you other issues with field tests bring into question their validity as well. Among these are whether the person has any medical conditions that may impact the way they perform on a test, the way the test was designed and whether the averages that authorities use in the test actually apply to the person performing.

As a Sacramento DUI lawyer can tell you, no officers are perfect and sometimes the way they administer and evaluate the test is flawed. Finally, some find it troubling that statistics used from one data set is often used to support similar tests that were not given the same exact way. In the end, a Sacramento DUI lawyer attorney can tell you scientific experts should consider all areas of a person’s non-chemical performance before making a determination about an individual’s inability to drive or level of sobriety.