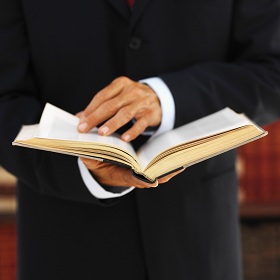 When your Sacramento DUI attorney analyzes the state’s case against you, he or she will thoroughly go over all the evidence the state possesses, including the field tests that were performed at the time of your arrest.

You may believe that the field tests you performed yielded results that damage your case. However, if the tests were conducted improperly, they prove to be of little value when the state uses them to demonstrate intoxication.

Your DUI attorney is aware that the horizontal gaze nystagmus test is often improperly administered. Your DUI attorney may be able to motion the court to have the test excluded if a videotape review or evidentiary hearing confirms improper administration of the test. Additionally, a proper and accurate baseline of this test is necessary in order to determine if the test was correctly performed by the arresting officer. Your Sacramento DUI attorney can accomplish this in his or her office during an initial consultation.

Your DUI attorney will examine the conditions in which such tests as the one-leg stand test or the walk-and-turn test were administered. Factors such as where the tests were administered and the lighting under which they were given affect the test results. Were they given on a sloping gravel embankment at night or were they given at the police station where there was good lighting and a level floor? Your personal physical coordination needs to be evaluated as well since even a sober person may have difficulty performing these coordination field tests.

Your Sacramento DUI lawyer will carefully analyze whether it would be beneficial for you to perform the coordination tests in court during your trial. The state’s claim that intoxication was the cause of any difficulty you exhibited when you performed the field tests may be countered if you can demonstrate that you have difficulty performing the tests while sober at your trial.

A competent DUI lawyer knows how to analyze the state’s case against you and find areas of weakness. To schedule a consultation with an experienced and knowledgeable Sacramento DUI lawyer, contact Param Pabla at (916) 285-7900.